Posted on December 8, 2014 by brooklynvegetarian 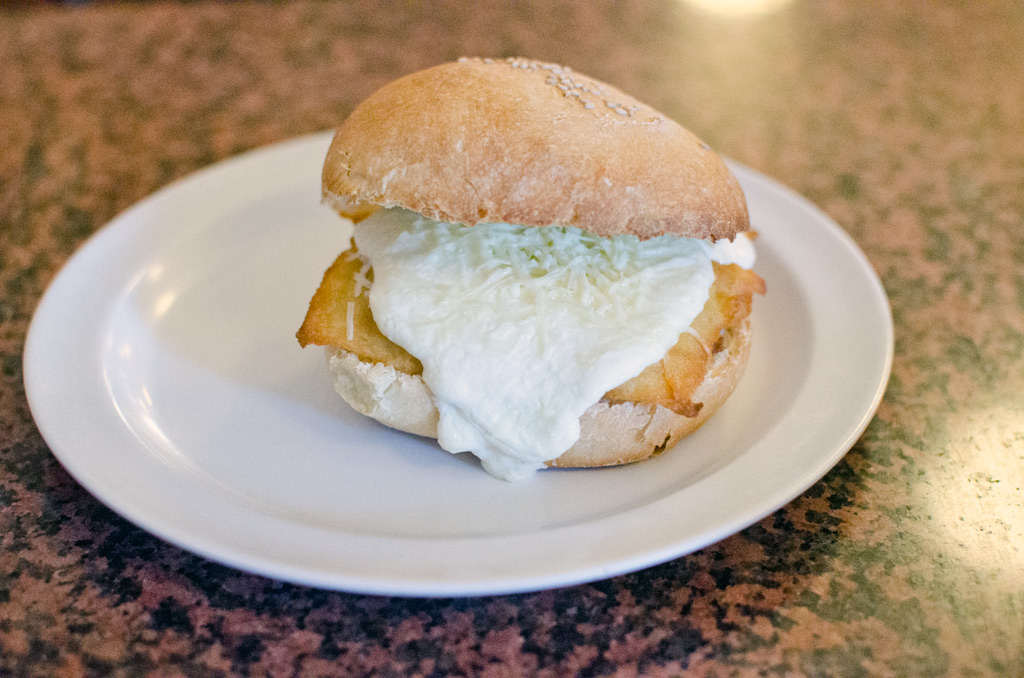 For some reason I expected Ferdinando’s Focacceria, an old school Sicilian joint hidden away near the Columbia Street Waterfront, to be empty when I went for a weekday lunch. It was packed, however, both with regulars and first-timers like me. Ferdinando’s is the kind of place where both groups are greeted warmly at the door, and served with a friendly smile. The food I had was pretty good — an artichoke stuffed with breadcrumbs and herbs, and the panelle special (panelle are thin patties made of chickpea flour), here served on a roll with a heap of ricotta and a sprinkle of pecorino cheese — but oh my goodness, can we talk about the bread? Despite the name of the restaurant I didn’t have any focaccia (and actually didn’t see any on the menu) but I did have two other types of bread. Along with the artichoke came a small, crusty knob of warm bread, and it was AMAZING. Almost like the best baguette you ever had, only it wasn’t more than four inches long. And the roll the panelle was served on was soft, slightly crusty, very yeasty and delicious. I had to ask my server, do they make their own bread at Ferdinando’s? Of course they do. I’ve heard good things about their eggplant parm, I may have to go back for that — but to be honest, i’d go back just to buy a dozen rolls if they’d let me.