Posted on May 23, 2016 by brooklynvegetarian 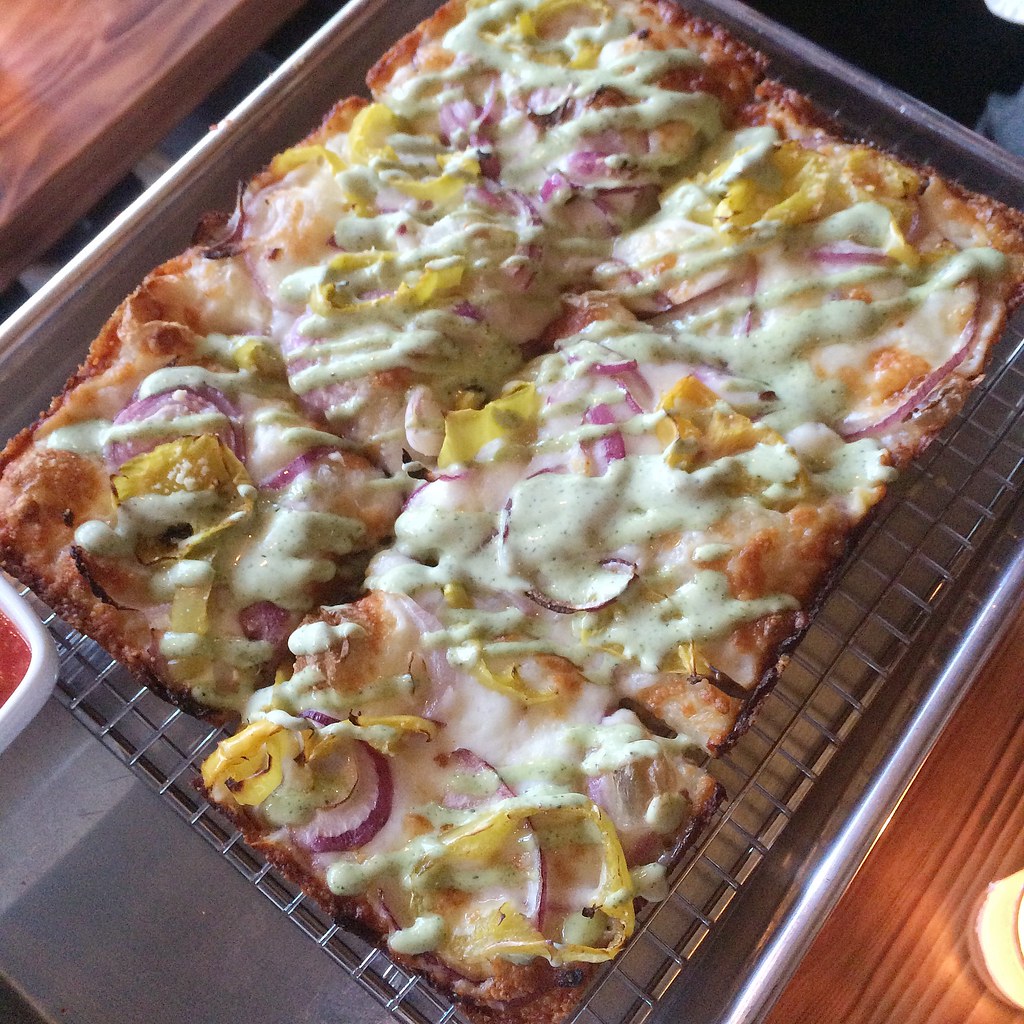 I worry about a lot of things, usually things that I have no control over. When I heard that Emily, the pizza place in Clinton Hill, was opening up a second location I worried about it. Sure they make delicious pizzas, but they’ve only been open for a few years. And this would be in a completely different location, and a different style of pizza. Emmy Squared specializes in what they call Detroit-style pizzas. They are rectangular pies, with a thick, crisp-edged crust. It’s not as deep-dish as you would get in Chicago, but way deeper than NY or Neapolitan-style.

I needn’t have worried. There’s been a lot of hype about Emmy Squared, but they sure delivered. The Classic, topped with sauce and cheese, was quite good. But the real winner was the namesake pie, the Emmy (pictured above). Topped with mozzarella, banana peppers, red onions, and ranch dressing, the pizza was a marvel of balanced flavors. The creamy ranch and the banana peppers were a particularly nice match; I don’t know if they would work on a thin-crust pizza, but the thick crust made a perfect base for them. The Emmy didn’t even need the side of tomato sauce that came with it.

Bonus points: the leftover cold pizza made a great breakfast the next day.

This entry was posted in williamsburg and tagged emily, emmy squared, pizza, williamsburg. Bookmark the permalink.