Posted on April 23, 2018 by brooklynvegetarian 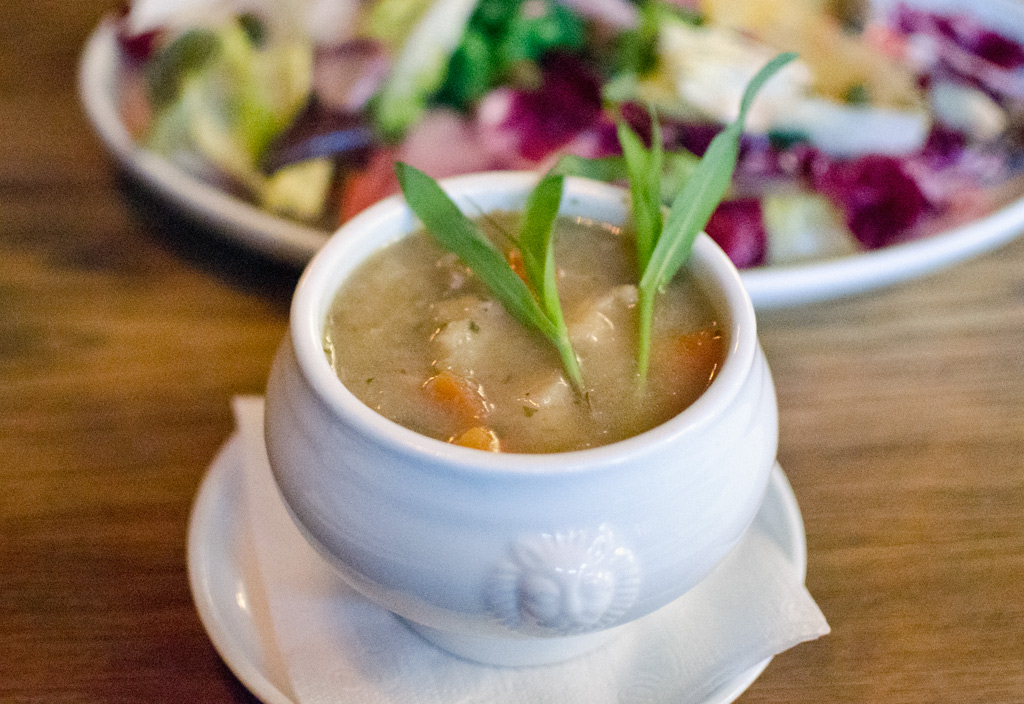 Shawn Burnette never thought he’d be running an Irish pub. The chef has worked at a wild variety of restaurants, including Del Posto (high-end Italian), Glasserie (high-end Middle Eastern/Mediterranean), and Husk (high-end Southern) with Sean Brock in Charleston. He had his own restaurant in the Hudson Valley where he channeled his passion for seasonal, locally-sourced food, and now he’s the chef in charge of Circa Brewing where they serve wood-fired pizzas. He’s also the chef in charge of the menu at Putnam’s Pub & Cooker, where he brings that high-end, seasonal philosophy to the food.

Take the Irish root stew, pictured above. It’s a version of a hearty Irish dish usually made with lamb, only in this case completely vegan. The amount of work that goes into it is incredible; to make it the kitchen makes three different stocks. There’s a burnt onion stock, an Israeli technique in which onions are carbonized with their skin and then simmered. There’s also a mushroom stock and a vegetable stock modeled on a French technique but deliberately over-boiled for the right flavor and texture. The root vegetables and mushrooms are then cooked in the stocks. The resulting stew is rich and flavorful, with a texture that reminded me of the slow-cooker beef stew my mother used to make.

Burnette’s commitment to his ingredients doesn’t stop there — even the garnish excites him. He has a farmer upstate who grows a lot of the specialty produce they use at Putnam’s, including the microgreens. On top of the Irish stew were two tiny corn shoots, the immature stalks of corn plants with a bright green flavor to offset the stew. 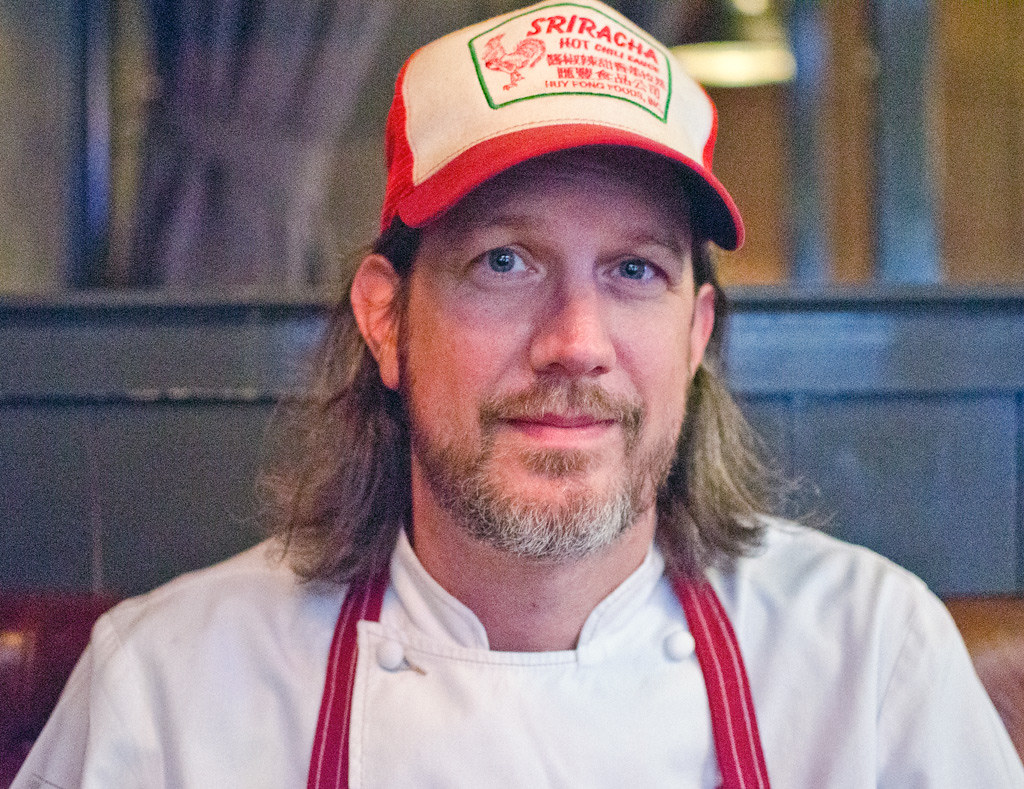 Burnette told me that he wanted to be sure they didn’t just serve traditional Irish pub food, though they do tat too. He worked to perfect a fish and chips recipe that made Putnam’s Irish owners homesick, and there are pub stalwarts like Buffalo wings and shepherd’s pie. But there’s also a vegetarian leek and chard tart, with an expertly made pastry crust. And an incredible vegan entree called Broccoli Two Ways, though it’s actually more like “three kinds of broccoli multiple ways”, with turmeric curry. The Best of the Garden salad is just that, said Burnette, whatever veggies are perfectly in season from that farm upstate goes into it. There are vegetarian, vegan, and gluten free options all over the menu. Burnette said he wanted to make sure they wouldn’t alienate any diners, so there’s even a “secret” menu for locals who used to visit Putnam’s before he took over.

And everything is made the right way. The Irish soda bread is made in house, and they follow the tradition of “letting the fairies out” by pricking the dough before baking. But they also make the butter in house, using an Irish butter churn.

It’s that level of detail that Burnette loves the most. He loves the research that goes into every dish, the testing and refining. He gets excited when talking about getting his restaurants to near zero-waste, and the relationship he has with the farmers who supply him. He asks the farmers not just what is in season, or for what he needs, but what they need him to buy. For example, a farmer may have a load of bruised tomatoes that they can’t sell to a fancy farm-to-table restaurant, but Burnette has a pizza restaurant and can use those tomatoes to make sauce. As a result he gets a good price on the tomatoes and the farmer makes some money; and the farmer then may suggest some other unusual produce that Burnette could possibly use. It’s a win-win situation for everyone, including the diner.

I came away from my meal there, which was completely comped by Burnette, full and happy. But more than that I came away excited and interested in the food — Burnette’s enthusiasm is infectious. I’m looking forward to checking out Circa Brewing soon, and I have no doubt that the same loving attention to detail I found at Putnam’s will be there too. As a food blogger I can sometimes forget there are people behind the food I eat, and meeting Burnette was a great reminder that those people make a difference.